Nothing I am saying in this post will harm officer safety and actually should increase it. The public needs to tell cops to stop being online marketing tools. PIOs choose to be a public figure, but the everyday patrol officer is a law enforcement officer, not a marketing tool. Officer safety is responsibility of the individual officer, but it helps if others remind each other of the pitfalls of police work when sacrifices in officer safety is seen.

The Internet is a boon to law enforcement investigators. I started in police work before Microsoft Outlook for MS-DOS was released, which means, the Internet really was not an integral part of police work.

The first time that I realized that the Internet may be pretty cool for police work was when I was on SWAT and attending a search warrant briefing where the team leader used Google Earth…I sat there thinking, “Oh my. This is so cool.” Practically every SWAT raid used some form of Google Maps or Google Earth after that briefing. That was really cool for officer safety.

Then I went into detectives (narcs, vice).  Of course, the basic Internet investigations at the desk were cool, but being able to lug a laptop in my undercover car on surveillance with Internet access, and having direct and immediate access to lots of alphabet resources like DMV/DOL, WACIC, NCIS, HIDTA, and the usual public Internet research tools outside the office…“Oh yes. This is so very cool.”

And then I started ‘running informants’…

I developed and managed over a hundred informants in my career. That’s a lot, but not all at once. Some were one-case wonders, some were cant-put-together-a-ham-sandwich informants, and some were star players. Out of that 100+ informants, 3 were kidnapped while working for me. I have to use a cliché because there is no other way to say it, but they were each beaten within an inch of their lives. One was held hostage for three days in a basement in an abandoned house…and tortured. Because they were not cops, and they each kept their wits and never admitted to being informants, they were all let go. This is from 3 different cases involving 3 different and violent organized crime groups. Had they been cops, and had public facing social media accounts, it would have turned out differently. *SIDE NOTE* These 3 informants were star players, kept working with me in the cases, and helped me turn three self-initiated cases into full-fledged, successful OCEDTF investigations.

But then I started working undercover…

A friend of mine in another agency told me a story of how he forgot to bring his undercover (fake but real) ID with him on an undercover op the month prior. The targets wanted to meet at a bar, which requires….you guessed it, an ID check. Rather than say that he forgot his wallet, he used his real ID and covered up as much as he could to just show photo and date of birth.

Less than twenty minutes into the undercover meeting, he was outed as a cop in the bar. They claimed to have his real name and agency. And they were correct, all because of an Internet search of the information that he didn’t cover up. He was lucky that he was in a public place with targets that didn’t want to kill him.

I’m getting to my main point a little further in this post, but I want to give more supporting info first

There are many stories I can talk about to drive officer safety points home. Although I was a use-of-force instructor (defensive tactics and firearms), the officer safety methods that I also pushed was non-physical, and I carried this over to undercover work.

One of several eye-opening experiences I had was being in a room full of criminals in an OC case where someone in the room was on the phone, asking for information on a name. After the call, the guy using the phone told another guy in the room about the guy’s name he asked about on the phone.  The other person on the line gave the date of birth, full name, home address, and arrest records of that name. Later, we found that the name had been run through DOL (DMV) and NCIC by a local police department. This criminal group had an ‘in’ with that police department, which turned out to be social engineering through a criminal third party, but nonetheless, they had someone who had social engineered their way into law enforcement records. They had the information in minutes, way faster than the public records check story I mentioned earlier at the bar.

I have more stories like this than I want to have had, but the type of people in this particular room drove the point of officer safety home much more clearly than any other.  I was unsure if my undercover ID would have been enough if they choose to run my name. The thoughts I had at the time were, ‘how many bullets do I have on me’ and ‘do not let anyone behind me’ and ‘where is the nearest exit’ and ‘if the fight starts, stay in it, be in it, win it’. Technology is wonderful….

In LE-only courses, I give more details on the cases I worked and the close calls. And I show how to background someone suspected of being a cop or an informant, in a manner that criminals do it using both public-only resources and public+private+govt resources (in case of corrupt or compromised govt employees).  In one class, I was questioned about the effectiveness, and the officer questioning me asked to background him. Against my suggestions, he pushed it, and so I did. Using just his undercover ID and supporting ID (other things typically used to prove an ID), I found him online. And his home address. And his agency. And his social media. And his family. And his daughter in college. And her apartment. And photos of her and her car. And the location where she will be on the next Friday night. The officer stopped me at that point. We did this together during the lunch break and used some of what we found in the afternoon for the rest of the class.

Here’s the point, and it applies to non-LE too

Your photos that you post online are going to the cause of problems. Let me say that I know that everyone will still keep posting photos online. That’s not my point. I have been accused of being a cop while undercover but there was not a publicly available photo of me anywhere. Well, there were some physical photos in a few public places, nothing you could find online. The odds of being identified are much lower when a photo can’t be printed and held up to your face while you are in a small room with locked doors and everyone has a gun.

The bigger point that I want to make is that the current philosophy of law enforcement today is to encourage police officers to be active on social media, to be involved in every public event to get dunked in buckets, break dancing in parades, and making music videos. I understand the intention to have police look to be involved in the communities they serve, but I’m telling you that this is not the way to do it.

Using cops as agency marketing tools sacrifices officer safety in ways that can never be remedied or fully felt until something bad happens. These photos and videos are forever! Young officers who are active online socially (personal life) and online with agency encouragement, or worse by requirement, have practically ended any undercover work in their future and have placed their families at risk. It is virtually impossible to be invisible today. The extent of personal information that is publicly exposed, on purpose, will be used by criminals to harm law enforcement officers and their families.  If not harm, it is wholly possible to compromise an officer using information found publicly online. Anyone, and I mean anyone, can be compromised by being groomed either in the short term or long term if their life is open for public inspection. Grooming isn’t just for kids.  I groomed many-a-criminal to be informants, either as witting or unwitting informants.

More to my point

Hey police agencies, maybe you want to take a step back with all these music videos and break dancing in the streets for photo ops. Do you really want to sacrifice the safety of your employees and their families because dunking the officer in a bucket of water on Facebook makes police work more effective? The community knows if their police engage in the community or not, regardless of if an officer is on YouTube doing the moonwalk or skateboarding. The job is already hard enough.

For the cops out there, come on now. Think about it. There are sacrifices to make when you are military and law enforcement, and one of them is controlling your social media presence. No matter how ‘nice’ you are to every person you arrest, you are at risk by someone who doesn’t care how nice you are. They maybe only care that you arrested a family member and now they may want to hurt one of your family members. Why make it easier for them? Why have your spouse be followed home from work by suspicous cars? Or strangers approaching your kids telling them to say hello to their Mom or Dad by name?

And for the non-LE DF folks

Don’t think that I forgot about you. Some of the cases you may working in the private sector can have the same safety issues that law enforcement have. Just one example of a CIVIL case I had, was that the defendant in the case had everyone terrified. He wasn’t diagnosed as mentally ill, but he was clearly dangerous, threatening, angry, and had the background to back it all up. I think I was the only armed person working that case… 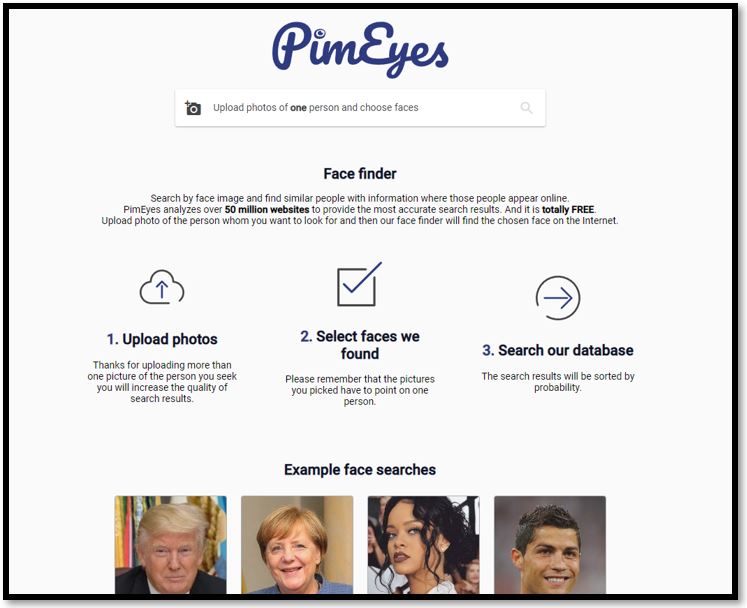