There is no censorship because I haven’t seen it.

Today, I posted on social media that my posts about not being censored were not censored. Obviously, the posts were not (yet) censored. But if they had been censored, no one would have ever known. That was the point of the posts.

There are two major events happening world-wide that affect you directly, personally, professionally, and profoundly:

If you were on Facebook in January 2012, you were probably one of the guinea pigs in Facebook’s experiment in manipulating you to either be happy or sad, without your knowledge or consent.  The bottom line of the experiment was that you can be manipulated through the control of information, by a private company no less….

And of course we know now just how much Facebook has mined not only our personal information, but has algorithms that predict your behavior to the point of knowing when you are going to divorce or go poop.

Either you are for censorship, or you are not.  When Howard Stern says “I’m against any kind of censorship, really, you know, I really am. I don’t like censorship.  But when you are talking about life and death……,” we have a paradox. It is as if we are saying that we want censorship to prevent censorship. This is no different than banning a book that is disagreeable.

{source}
<blockquote class="twitter-tweet"><p lang="en" dir="ltr">Howard Stern says Neil Young’s threat to pull music from Spotify over Joe Rogan using the platform to spread “fake information about vaccines” is not about censorship because it’s “about life or death.” <a href="https://t.co/uBayuzHwaR">pic.twitter.com/uBayuzHwaR</a></p>&mdash; The Recount (@therecount) <a href="https://twitter.com/therecount/status/1486328543231549449?ref_src=twsrc%5Etfw">January 26, 2022</a></blockquote> <script async src="https://platform.twitter.com/widgets.js" charset="utf-8"></script>
{/source}

Do you want someone looking through your dresser drawers? You probably have nothing illegal in your socks drawer, but if a stranger were to ask to search your dresser “just in case you have evidence of a crime”, do you want to give consent?

Your underwear drawers are personal and private, and so should be your emails and everything else that is intimate and personal to you that you don’t want to share with a private company, the government, or your neighbors.

We are ‘a little pregnant’ with this one, too. We waive our privacy in so many ways for a ‘free’ benefit of using a service that eventually there is nothing private anymore.

Imagine if a corporation wanted you to buy their product that you really didn’t want to buy in the first place. With effective and targeted marketing designed to personally manipulate you with information mined from your life, you would most likely be inclined to pay whatever the price for that product, and even stand in line for hours for it. This could be described as “effective marketing” but the more accurate definition would be “manipulated” through invasive, yet covert means, using your private and personal information. 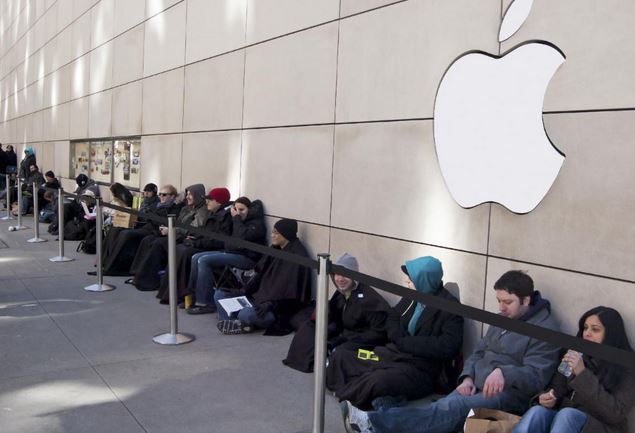 Now imagine if your country wanted to go to war for reasons that were not for true national security. If a corrupt government that controlled all information that you see and given that so much of your personality and behavior is known (like your most intimate and personal belief systems), they could manipulate information to make you feel a certain way. You won’t see censorship. You won’t be aware of your mood being manipulated. You will believe what you are led to believe.

What then would be the odds that your country would go to war with you waving the flag in one hand and carrying a $1200 iPhone in your other hand?