When “intent” is an element of the crime, you better find the intent. Proving intent can give you the dickens of a time.  It’s easy to prove what happened.  And it is mostly easy to prove how it happened.  Many times you can even prove who caused it to happen.  But the stickler is always the why (aka: intent or reason).

A murder-for-hire case I solved some years back required finding the intention of the hired gun (so we could arrest him!).  The investigative plan was to not only prevent a murder, but gather enough evidence to arrest and charge the murderer-to-be without having a murder occur.  We had about an hour to find the hit-man before he was on his way out the door to kill the victim-to-be.

This particular case was a husband (Suspect #1) who hired a hit-man (Suspect #2) to kill Suspect #1’s ex-wife.  The hit-man's girlfriend wanted to turn in both #1 and #2.  Suspect #1 paid $5,000 to Suspect #2 to kill the ex-wife in a very specific and explicit manner that included a Corona beer bottle, duct tape, and a few other specific items.  You can imagine the rest.  If the girlfriend didn’t come forward at the last minute, it would have been a murder case instead of a murder-for-hire case.

Anyway, we found where the hit-man was holed up and arrived just as he was preparing to leave for the murder.  When I approached him, guess what he had on him (besides the meth pipe between his lips)?   He had a Corona beer bottle, duct tape, and the few specific items that he was told to use in the murder.

The point of the story is that the items he possessed spoke volumes of his intention.

I also found a printed Google map of the victim-to-be's home address….added to the computer search artifacts on the computer.  So yeah, we had intention all over the place.  The end result of this case was the hit-man fessed up, agreed to cooperate against Suspect #1 by making a recorded call about the murder-for-hire (in return for nothing but him begging for forgiveness), and both #1 and #2 were arrested, charged, and convicted.

A side note to this story was that Suspect #1 was mistaken in the address of his ex-wife.  He had Google’d his ex-wife’s name and clicked a link to a woman with the same name in the same city, but….it was a completely different person.  I called this case my “Sarah Connor Case”. 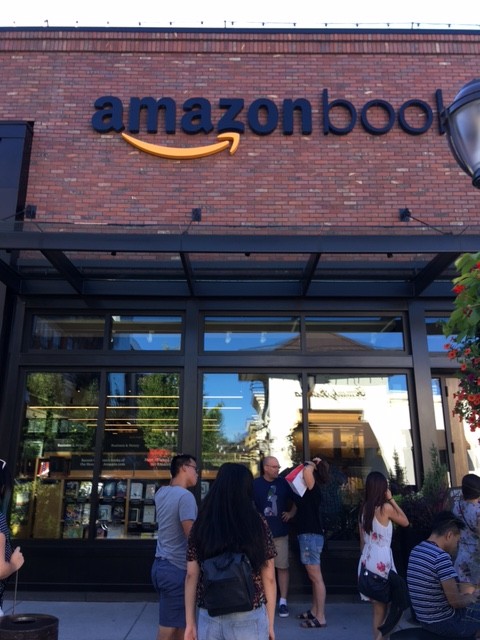 Back to intention.  With any crime or civil matter where you need to know the why, find the little things that imply the why.  You can’t ever get the real answer, even when told by the suspect because you can’t read a person’s mind.  But you can get the inferences based on the implications of evidence you find.  Examples are Internet browsing forensic artifacts such as searching for a person, searching for a hit-man, and searching for how to cover up a murder.  Add that to the physical items you may come across and you start to overload intention onto the defense.

I thought about finding intention today (everyday actually) when I checked out the Amazon bookstore, and I mean the actual brick-and-mortal Amazon bookstore, like a real bookstore.  I saw that the books had 3x5 cards with bar-codes.  A salesperson showed me the Amazon app to scan the bar-code and immediately be taken to the Amazon.com website to order the book.  The interesting part is that the Amazon app works with just about anything you can take a photo of.  Take a photo of a pressure cooker and you’ll be directed to the Amazon URL to purchase the pressure cooker directly from your phone.   This is great for Amazon’s business.  Take a photo of practically any object and your phone’s browser will open to the Amazon.com page with that item. Works well enough to be more than impressive.

But I think differently.  Yes, it’s cool to be able to be in a department store, take a photo of a high-priced item, and have Amazon show you their less expensive price; however, if you investigate anything, you probably already thought about what I am about to say.

I blogged about photos before in the manner of placing the suspect behind the camera.  In that post, I mentioned that the content of the photo may be relevant to the crime. Maybe it is a photo of the crime scene, victim, witness, or even the suspect as a selfie.  But it may also contain elements of a crime or future crime in regards to the tools of the trade.  Perhaps photos of houses or a business that are the potential targets of a robbery or burglary.

As another example, I assisted in a unique gang case, where one gang member took a photo of a car that was similar to a rival gang member’s car.  That single photo was sent to all gang members with an order to find the car and then do something not-so-nice to the rival gang member, which they eventually did.  The photo content was evidence of course, but more so, the intention implied by the photo and text.  This type of evidence screams confession without the suspect ever having to speak a word.

More to the point is that you already know that Internet search terms can imply intent.  Now you know that shopping can imply intent and you can get shopping habits not only from Internet search terms, but smart phone photos, like the ones you can take with the Amazon app.  Imagine finding photos in a case, where the content somehow matches the evidence in the case.  It may not be photos of the evidence, but perhaps photos of items that resemble your evidence, much like a gang member taking a photo of a car that is looks like a car of someone he wants dead.

Remember now…tools don’t commit crimes. People do.   Apps are just apps, but boy do they hold some gold nuggets of evidence.  In your cases, keep asking yourself, "how can I show intention and prove the suspect did it?".  You'll be surprised at the little things you can find when you ask yourself about the little things.